How pests react to heat wave and how can it affect us?

You are here: Home | Blog | pest control | Pest Infestation: Why Pests Annoy Us More in Summer

With over 20 years experience, our Brisbane pest control and pest inspections team are trained & certified 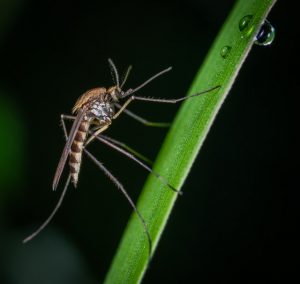 According to the World Economic Forum, 15 of the hottest places on Earth are in Australia as of January 2019. Fruits are burning to crisp from the outside, and more and more areas are greatly affected by this so-called heatwave. This phenomenon is not just the thing that we should worry about – hot weathers signify a more intense pest infestation.

As of the year 2019, Australia is sweltering under extremely high temperatures in this year’s summer, with the heatwave sweeping across the country which goes up to 14c above average.

There is already a reported increase in ozone levels, particularly in places across Sydney. The ozone levels are at its highest in the afternoon, limiting outdoor times during the day.

Intense heat wave could raise serious problems, especially among elders and young ones who suffered from asthma and respiratory diseases. With this scorching heat, not only people will experience severe health issues, but as well as a possible increase in pest activity.

How Pests React to Heat Wave?

As the temperature rises, anyone can expect the increase in pest invasion, particularly insects and bugs. Insects are cold-blooded species, meaning their body temperature is entirely dependent on the temperature of the environment around them. Many insects, including mosquitoes, don’t just survive in extreme heat – they thrive.

The effects of sweltering weather allow (most of all) insects to breed rapidly compared to the cold season. The increased temperature can also help eggs and larvae mature faster.

During heat wave, some of the impacts include:

Being ‘ectothermic’ or cold-blooded, insects can handle the heat, but that doesn’t mean they like to burn to a crisp under the scorching heat of the sun. In other words, more and more insects will try to get indoors, as to seek shelter and escape the extreme heat outside.

Insect activity is always at its highest during summer.

Houses are much more attractive to insects, as it can provide them with the ideal protection from the extreme weather, as well as the availability of food and moisture inside. Given any possible access or a ride home, insects and even other pests may cause serious problems in the future.

If you feel your house is starting to get invaded by insects (which you think are destructive), Trusted Pest Management will help you address the problem. We provide comprehensive pest control services that are carried out by true and well-trained pest experts.

Following Integrated Pest Control (IPC) practices, all our operations are guaranteed to be safe, eco-friendly, and reliable. Our services include pest inspections Sydney, pest treatment Sydney or removal, followed with a pest preventive maintenance to make sure we keep pest off you and your property.

Please don’t hesitate to give us a call.

Get RID of Pests In 4 Easy Steps

We will discuss your pest problem, schedule an appointment and provide a quote and recommendations.

Our state certified pest specialists will come to your home or business and provide treatment.

We'll make foll-ups as and visits as you require to ensure your problem is resolved.